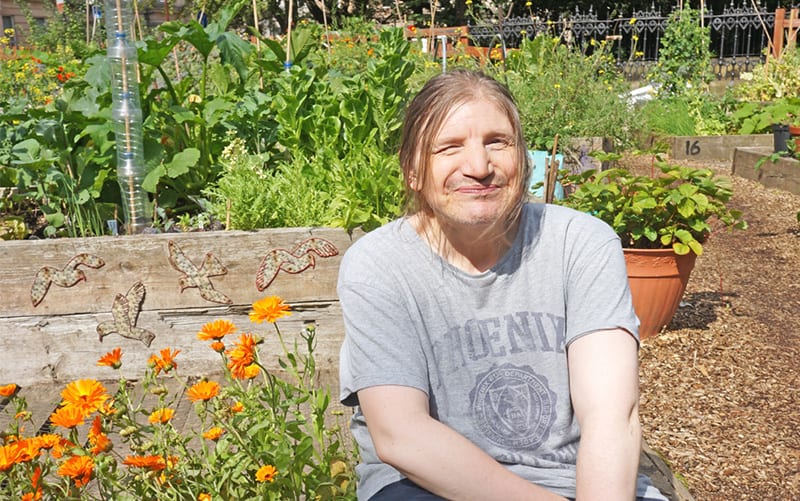 Woodlands Community Garden has been built by the community for the community. Over the last four years they have transformed a derelict site into a thriving outdoor community centre.

Much of the space is dedicated to raised beds, where members can grow their own veg, herbs and fruit. They hold community events to bring people together and green up the local area. They also hold Skills Swap workshops, where people offer their time to help others with things like carpentry and DIY.

Stuart Platt submitted an entry on behalf of his brother Colin, who has been volunteering at the garden for 15 months. Colin is 43 years old and has autism, as well as speech and learning difficulties.

His condition means that he needs routine to give him safety, and attending the community garden has been vital for structuring his week.

Stuart told us that because of Colin’s speech difficulties, he has never fully engaged in conversation. But since his time at the garden, this has radically changed. Colin always returns excited and with stories to tell of his work there.

When friends and family ask about his day at the garden, he has a desire to respond with a fuller story, and he builds longer sentences. This has meant he is communicating far more freely about other aspects of his life too.

Stuart says this change has been staggering, and that Colin has felt welcomed and accepted at the garden. The support and respect of the workers has had a huge impact on him, and his confidence and self-esteem have grown.

“I would say, without exaggeration, that attending the garden has been transformative for Colin and his life,” says Stuart.

“Given the opportunity, Colin would attend the garden every day!” 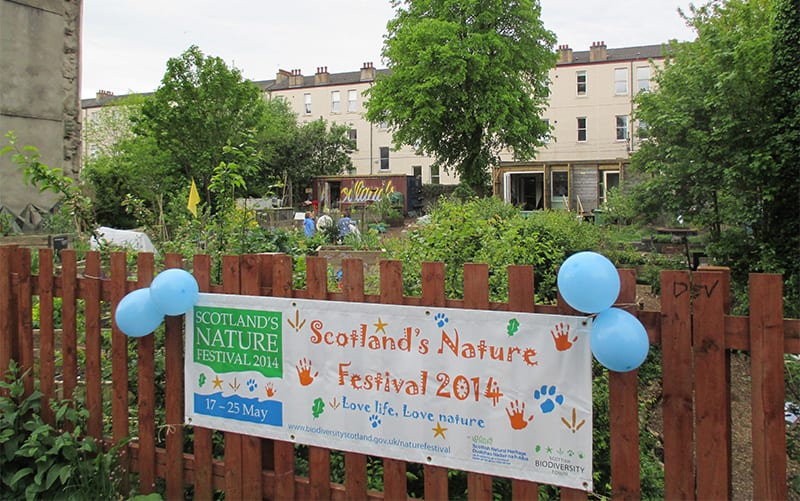 Judges were impressed by Colin’s inspiring story and his transformation. They hailed the garden as an example of how horticulture can lead to greater inclusion. Judges also praised the idea of Skills Swaps as a way to get people in the community helping each other out.

Congratulations to everyone at Woodlands Community Garden!