To celebrate the 100 year anniversary of the start of the war, on 4th August, we launched a new Commemoration Street campaign category for the best display of poppies. 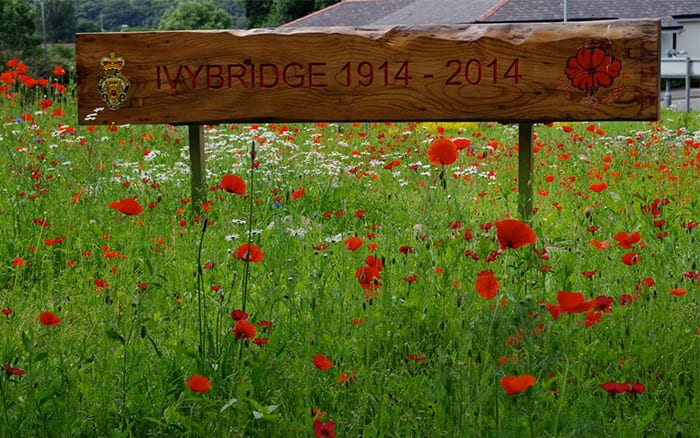 Ray Wilson, a resident of Ivybridge in South Hams, Devon, decided he wanted to do something in his local community to mark the Centenary celebrations. He’s an active member of the Royal British Legion, so he settled on a poppy project.

“I wanted to see what we as a town could do to commemorate all the people from the area who took part in the conflict. Forty-four of them never came back; others came back with the mental and physical scars of war,” he said. 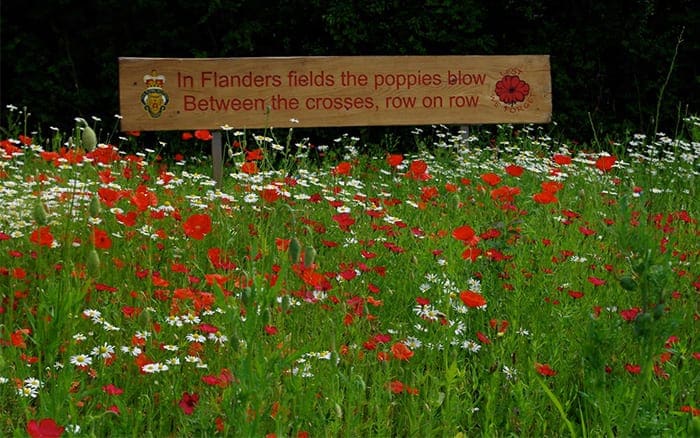 The first task was to give every school child in the area a bag of poppy seeds to plant at home. That turned out to be easier said than done, especially when they found out how many schoolchildren there were in the area!

The mammoth task involved getting 5000 bags and manually filling them with a mixture of sand and poppy seeds, to make sowing easy. They then made cards and flyers to send out, and distributed the packs to all the schools. 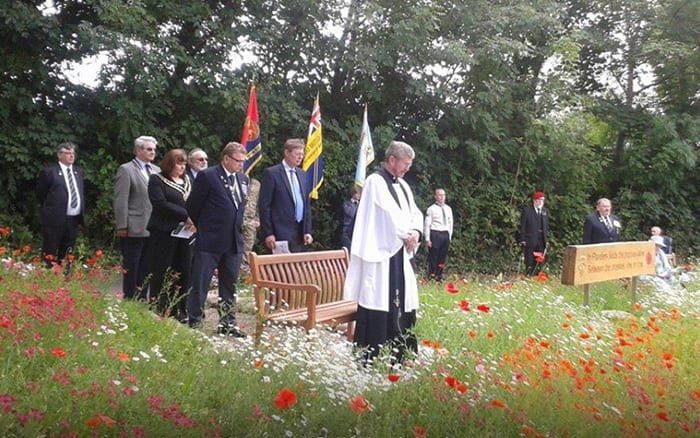 “It was four nights’ work for a lot of our members. But I loved meeting young people who said ‘I have planted my poppy seeds’ or ‘my poppies are growing’. More importantly, when asked why they were growing them, they knew,” said Ray.

The next project was to create a ‘Flanders Field’ of poppies in the town. Residents decided to makeover an unused patch of land, which they described as an ‘eyesore’.

They decided to name it ‘Harry’s Patch’, a play on words of Harry Patch, who was the last surviving soldier to have fought in the trenches. He was known as the last fighting Tommy, and he died in 2009 at the age of 111 years, 1 month and 1 week.

But the site was to prove difficult. First in was the ‘Weed and root removal party’, who painstakingly attempted to clear the land with picks and shovels. After several hours of effort for little reward, they decided to hire a rotavator!

Once the ground was turned over, the local South Hams garden team treated the area to remove the weeds. Last October, Ray planted 800 daffodil bulbs and created a wooden sign.

The group then added five river boulders, to represent the five years of conflict and the tombstones around the battlefields. They added benches and pathways, and the South Hams garden team sowed poppy seeds. 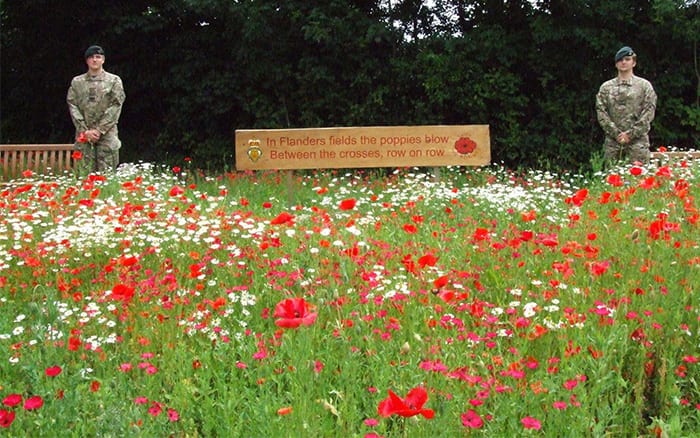 One of the finishing touches is a handmade poppy mosaic. It was designed by the local church group and made by visitors to a local community centre event. They plan to put it up in the garden as a winter project after the poppies have finished blooming.

“We were blessed with a great team of volunteers, and we also had financial support and grants from our local district and county council,” said Ray. 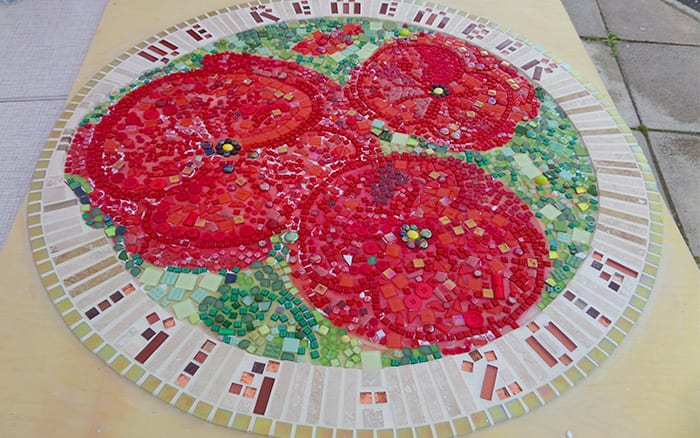 Councillor Mrs Karen Pringle, Mayor of Ivybridge thanked Ray and the team for their hard work and said, “Not only has the land been hugely improved but by involving children, via the schools across the town it has engaged everyone. I believe that the project has acted as a catalyst across the town and is an outstanding demonstration of the gratitude that Ivybridge retains for those who served our country during WWI, not just between 2014 and 2018 but we hope for the future.”

Harry’s Patch won Commemoration Street 2014. The group has won £500 of National Garden Gift Vouchers, plus a donation of £500 to their local Royal British Legion branch. 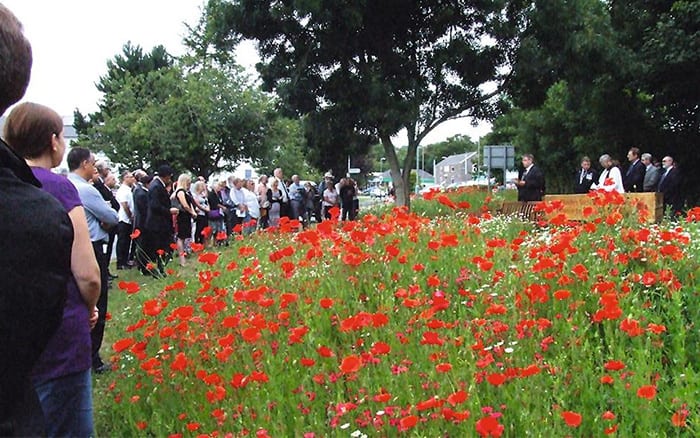 This category was judged by Graham Mentor-Morris, the founder of the Real Poppy campaign. He asked 512 members of his local British Legion branch to vote.

They felt that the people of Ivybridge had made a truly fantastic effort, particularly with the commemorative signs and mosaic. The time people spent bagging up seeds shows a true dedication, and the judges were very impressed with everything they saw.

It’s wonderful to see a community uniting over poppy flowers.

Ray says “The feedback we have had from members of the public has been very moving and so far exceeds what we could have hoped for. It’s not just from Ivybridge but from people who have visited the town and former members of our armed services. That has been the win for all of us involved with the project – total pride in what we have achieved.”

Congratulations to everyone in Ivybridge!