The small spaces award is for the best small garden project. We were looking for an area that has been transformed into an inspiring mini garden, wherever that may be. In the past we've had balconies, an allotment patch, a holiday caravan plot and even a narrow boat roof! The small spaces category is an opportunity to be creative and use space cleverly.

All the shortlisted 2018 Small Spaces have been listed at the bottom of the page. 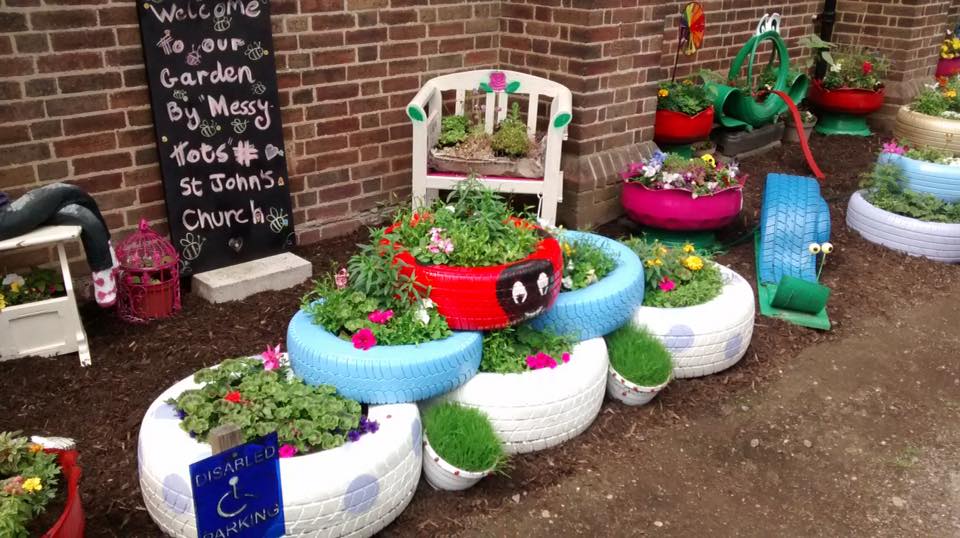 The judges loved how much this group had achieved in a short amount of time (the project began in April this year). They liked how colourful and inviting the garden was and that so many different groups of people, including local schools, toddler groups, and community members, had been involved. The judges were also impressed that the project was entirely self-funded by community event days like "Bake to Bloom" involving a big cake sale that raised over £400 for the project.

This project has clearly brightened up the side of the local church that had been left untouched for over 70 years.

Well done to all the people that entered and were shortlisted for the small space category this year:

The judges found it so difficult to choose winners from the many amazing projects that were on entered. A big thank you for entering - please don't hesitate to get in touch for feedback.

Posted in All Posts, News