How Do Plants Grow?

- And Other Questions for School Gardeners -

Growing stuff can be fun.

It's an awesome way to discover the world around you and get more hands on. It allows you to get more creative, and find inspiration through the outside world.

Having a school garden is a brilliant way to learn something new in a different way, but it's inevitable that sometimes curious kids are going to be left with more questions than answers. They're going to find themselves wondering how plants grow.

At Cultivation Street, we think that's a good thing - because we get to answer them.

Arm yourself with some of the top questions that you may get in the school garden and how to answer them.

It's time to teach those little green-fingers a lesson.

How Do Plants Grow?

Let's be honest - this question was bound to come up eventually.

Its a must- have question when trying to understand how plants grow.

Though it might be tempting to say 'Magic' and wave your hands in the air, it's probably best if we delve into the real nitty-gritty.

Plants use a process called photosynthesis in which they turn sunlight into food to grow. For photosynthesis, plants need carbon dioxide, water, and sunlight.

First, they take the carbon-dioxide in the air through the holes in their leaves (the stomata).

Then, the roots absorb the water which passes up the plant and through the leaves.

Finally a green chemical in the leaves called chlorophyll absorbs the sunlight.

But how does that make it grow?

Hold onto your hats, this is where it gets clever.

So, the plant absorbs the sun, which creates energy.

Then the plant releases the oxygen from the leaves back into the air we breathe, which is really rather nice of it. The remaining hydrogen and carbon-dioxide is used to create food for the plant.

I suppose when you look at it, that's still pretty magical.

Why Are Leaves Green?

The leaves of most plants are green because they are full of a chemical called Chlorophyll.

The leaves are full of chlorophyll because plants desperately need energy. Think of it in the same way that humans need food.

Rather than getting its energy from a chocolate bar like we do, a plant gets energy from sunlight. So its leaves are covered in that nifty green chemical to get the maximum amount so it can keep on growing.

That's why the leaves will follow the sun as it moves throughout the day.

This is to make sure they get the most sunlight, to make the most energy. 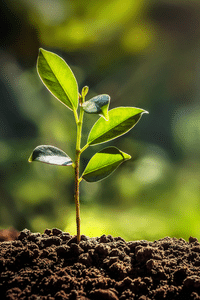 There are some plants that have white or yellow stripes on the green leaves, but only the green parts have chlorophyll, so only these parts can be used to make food from photosynthesis.

It's green for a reason.

If you're wondering how plants grow, this is a really important question.

Unfortunately, we can't ask the bees themselves, although, it would be super fun if we could. But we do know that bees are incredibly important. They are the VIP of the gardening world.

Bees travel from flower to flower, picking up pollen as they go, and putting it down wherever they land next.

Bees feed on nectar and pollen, found in flowers. They need it for energy so they can keep buzzing around. They also feed it to the baby-bees, so they can fly around after them.

The more bright and colourful, the more attractive to the bees. Plus, they can smell the flowers too.

Bees carry pollen from plant to plant, and in doing so, they help pollinate. This means more flowers and more food for us.

Its super important that we protect the bees. Try to plant more bee-friendly flowers. If you're stuck on what to plant, you could try poppies or sunflowers, and maybe even snowdrops.

There are loads of flowers you could try. Plant plenty for bees to snack on for when they're feeling peckish.

How Do You make More Plants?

When asking how plants grow, you have to remember that they're not able to move like we do. Being rooted into the ground can be somewhat of a problem when it comes to moving around.

But plants don't let that stop them. They have a creative little way of getting around.

Some plant's rely on seed dispersal. This means the seeds move away from the parent plant. They can do this in a few ways, but an common example is by using the wind to carry them away.

A good example of this is the dandelion. When you blow on a dandelion, the white fluff that glide away on the breeze, they are the seeds. In helping to blow them away, the seeds are being dispersed, and more dandelions will grow. 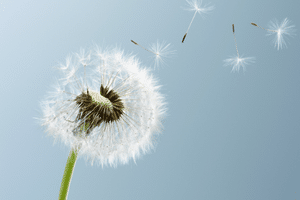 Other ways plants spread seeds including firing them out from the parent plant. They also sometimes use water to carry their seeds away.

Animals can get involved too! For example if fruits are eaten, digested and excreted by creatures, this can spread seeds too.

Seeds can also cling to the fur or hair of animals when they brush past, and are then dropped further away, leading to further speed dispersal.

Why Do Sunflowers Grow so Tall?

When asking how plants grow, this is a really fun question!

Sunflowers are a really striking and beautiful plant. Plus, they're really clever too. You can't go far wrong when  planting them in your school garden!

Sunflowers are a great flower to grow, and they can tower over you. Some grow to around 5m tall!

But why do they do this?

They’ve evolved to be this way, and sun is really important for their growth. They ideally need 6 hours to photosynthesis and grow their best.

In the morning the flower faces the East to get the early morning sun and then through the day follows the sun. 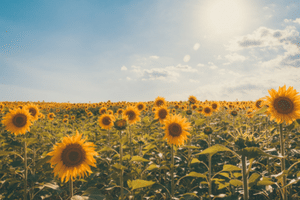 At the end of the day, the sunflower will be facing West for the last of the sun’s rays.

So, because of evolution, they need to grow tall to get that sunlight to compete with other plants.

It’s great having curious kids in the garden, asking why about everything. Kids should feel encouraged to ask questions - it's how we learn!

So now you're armed with the questions, and answers, kids should feel super confident and raring to go. They should flourish in your school garden.

We'd love to hear from you and keep our community growing and thriving! Are there are any more questions you'd like us to answer? Let us know in the comments!